Your Data Is Under Attack.
Rubrik Can Help.

Make the most of the SLCGP with Rubrik Zero Trust Data Security—for the robust protection you need.

Government Agency Data Is a Prime Target for Cybercriminals

In 2021, 58 percent of state and local government agencies fell victim to ransomware. Only 1 in 5 agencies were able to successfully stop the attack before their data was encrypted. And 1 in 3 organizations paid the ransom.

Each year, ransomware and other cyber threats grow. Because government agency data is a lucrative target for hackers, finding the right security solutions should be priority one.

The Department of Homeland Security (DHS) has announced $1 billion in cybersecurity funding for eligible state and local government agencies, to be managed by CISA and FEMA. The grants are to be used to increase the security and resiliency of state and local government agency information systems, applications, and user accounts—plus improve and accelerate agency response to attacks.

This plan must include defined best practices, such as:

Rubrik protects government agency data with a zero trust, natively immutable filesystem, which prevents backups from being changed, deleted, or encrypted. So after an attack, you can trust the existence, integrity, and accessibility of your data.

Quickly recover and return to operations in the event of a ransomware attack.

Make no ransom payments, ever.

How Rubrik Can Help

With Rubrik, Agencies Can:

As we began evaluating new backup vendors, we needed something that wasn’t vulnerable to ransomware. Rubrik isn’t built on a traditional Windows OS and cannot be encrypted.

Considering how specific our tender was, it was a short process, and Rubrik quickly proved themselves to be the ideal choice. 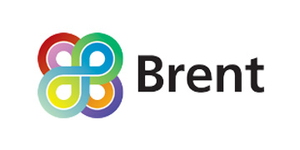 Rubrik Polaris Sonar gave us visibility into data repositories we could never look at before. As a result, we were able to avoid data exposure.

We have government data management certifications that enable us to help you be successful with SLCGP grant requests.

Get in contact with Rubrik to find out more about how we can help you protect your data with SLCGP funds.

Thank you for your request! A Rubrik expert will be reaching out to you shortly.